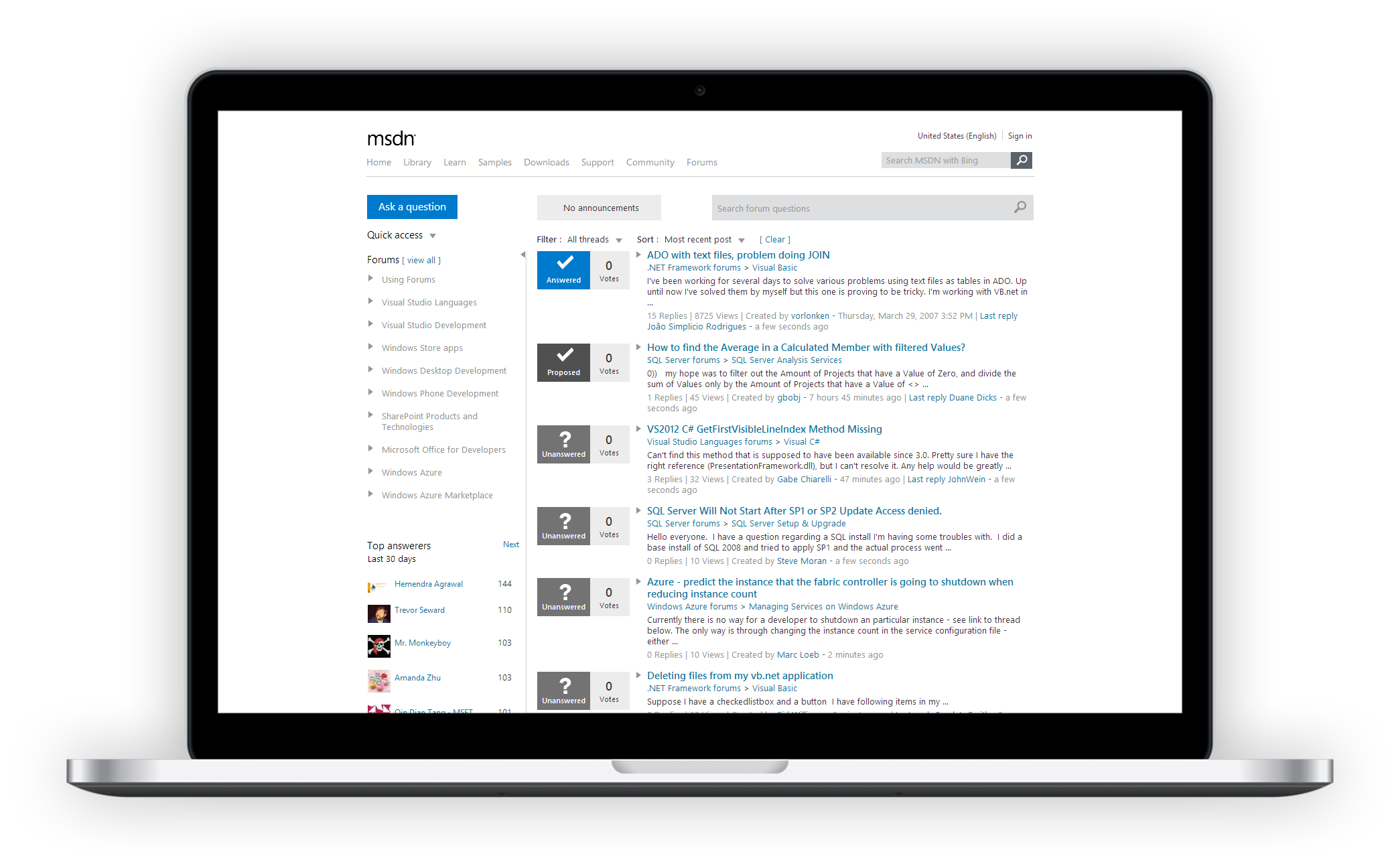 In 2013 I was brought onto a Microsoft team to aid in CSS fixes for a redesign “refresh” of the MSDN (Microsoft Developer Network) forums.

The task involved converting designs to usable code on the current forums to give them a new look. This was a contract role that was originally supposed to last 3 months but kept getting extended as long as possible due to it being a great fit with the team.