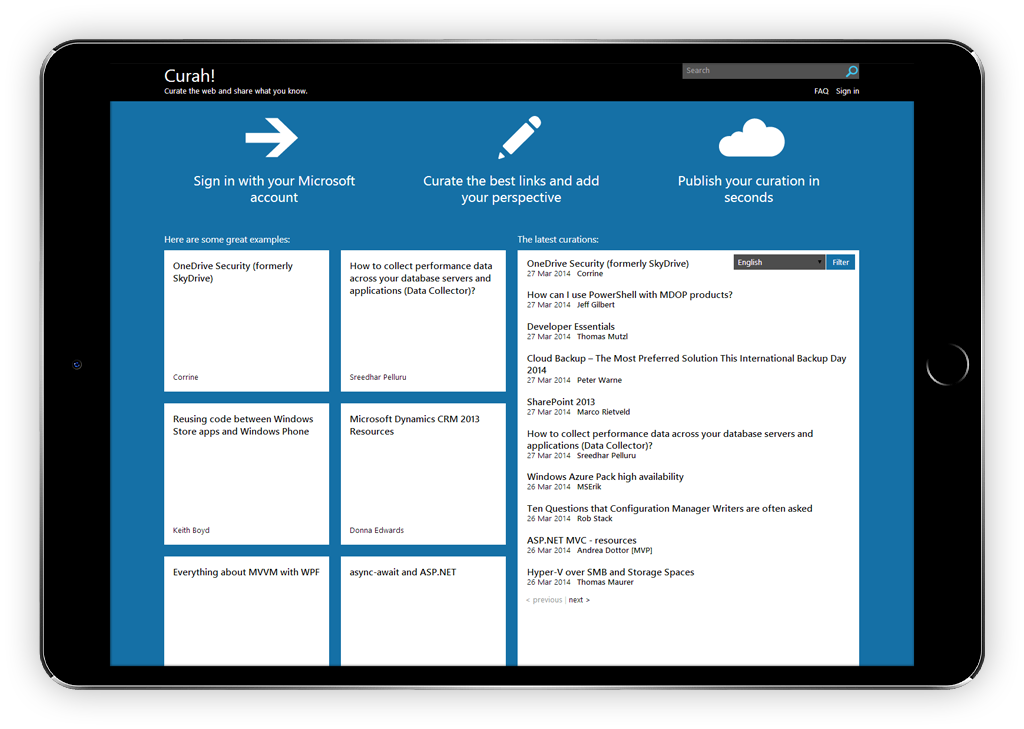 On my Microsoft DevDiv UX team role, I was tasked with being the web developer for a new curated content site in 2013-2014.

Role: UX developer on the DevDiv User Experience team under the Visual Studio umbrella of the company. Worked closely with engineers and designers to deliver quality web pages and proof of concept mock-ups and prototypes for MSDN, Visual Studio, TechNet, Windows Phone, Curah, and more Microsoft websites. Various CSS and HTML bug fixes as requested daily for the various Microsoft websites. This was a contract role that was originally supposed to last 3 months but kept getting extended as long as possible due to it being a great fit with the team.